Each year, 50 billion farm animals are processed in “animal sweatshops” known as factory farms. But it’s not a well-known fact. So we've created YOUR FARM – The Honest Farm Toy to show what life is really like down on the farm. Here’s everything you need to know about this amazing campaign.

For too long, children’s toys, books and cartoons have been creative with the truth about farming. The fiction starts well before they can walk or talk, with picture books and nursery rhymes depicting farms as wholesome places with rolling fields, rosy-cheeked farmers and happy animals.

The myth is further reinforced through school trips to higher-welfare farms that are, sadly, few and far between these days, with their tractor trips through meadows and newborn piglets and lambs to pet. Throw into the mix some nostalgic Disney cartoons and fairy tale farm toys, and it’s little wonder youngsters are so often disconnected from their food.

The truth, of course, is that the farm animals raised on bucolic farms like these are in the minority. A mind-boggling 50 billion animals (that’s two in every three) instead exist in factories, where they are routinely deprived of the freedoms that are so central to their welfare. 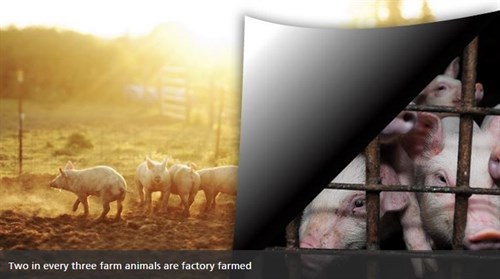 But these factory farms are not only cruel to the animals trapped inside; they also contribute to a catalogue of social and environmental ills, from pollution and deforestation to poverty, hunger and disease.

That’s why we’ve created YOUR FARM – The Honest Farm Toy, a boundary-pushing new prototype toy that turns the iconic farm playset firmly on its head. 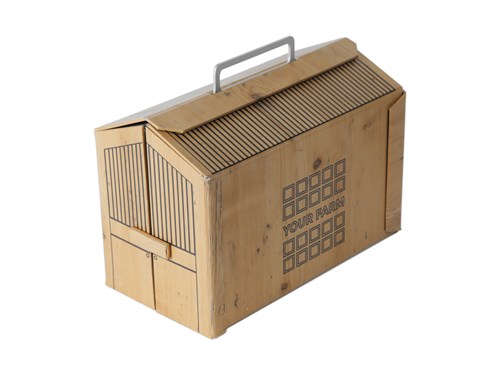 Coupling quirky design with searing satire, this toy tells the story behind our food in an entirely new and unique way. 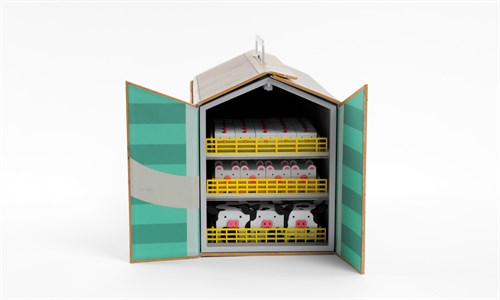 Featuring rows of tightly packed chickens, pigs and cows, as well as the paraphernalia of factory farming – from cages and antibiotics to fertilizers and soy-based feed – this lunch box-sized toy reveals the nightmarish reality that exists behind closed doors. 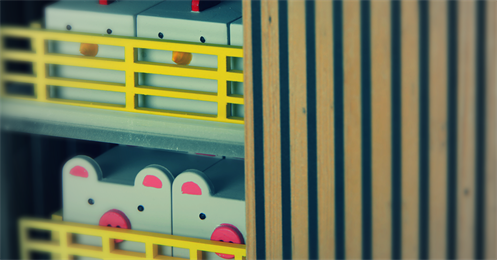 It may be a world away from the picturesque farm toys we all played with as kids, but it’s far closer to reality for most of the world’s livestock. 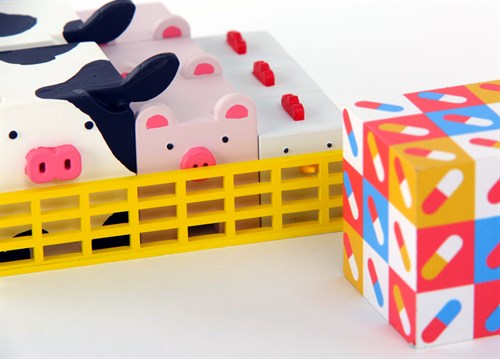 But it’s not all doom and gloom – there’s a lighter side to the YOUR FARM experience. You can choose to “fix the farm,” freeing your cows, pigs and chickens from their tightly packed formations and unfolding the playset to reveal lush pasture and ample space for your animals to be, well, animals.

This action is a powerful metaphor for the simple solution to fixing our broken food system: getting animals out of factories and back on the land. 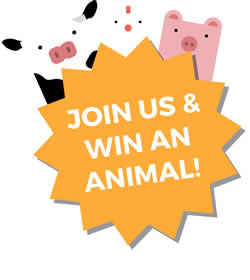 We’ve created an interactive website to give people the full YOUR FARM experience. This colourful, playful website showcases the farm toy’s stunning features while highlighting the key problems associated with industrial farming.

Visit Your Farm today to explore the real story behind the food on your plate. And for every 2,000 people who sign up (also known as #FarmFixers), we’ll free an animal from YOUR FARM and send it to a global influencer (a journalist, policymaker or celebrity) with the power to help fix our farms – for real.

There’s a competition, too. A hundred lucky #FarmFixers will get the chance to win one of the toy animals from YOUR FARM.

A powerful symbol of hope

As Compassion campaigner Jonty Whittleton, who produced YOUR FARM, says: “All over the world, we are being brainwashed about our food; this toy sets things straight! And the message it carries couldn’t be more serious. It’s a symbol of a food system gone wrong. But it’s also a powerful symbol of hope – together we can fix our broken food system for real.” 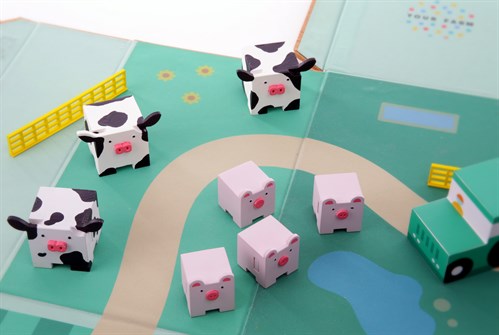 The truth really is our greatest weapon in the fight against factory farming. With your incredible support, we’re getting the message out there that cruel, crazy factory farming needs to end. And in doing so, we’re supporting farmers who produce higher-quality food for us, care for their animals and nurture our precious countryside.

Join the growing army of #FarmFixers and help spread the word far and wide.